How does one acquire knowledge of and belief in God, His Attributes, His Law and the Day of Judgment? 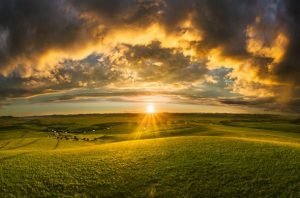 There are countless manifestations of God around us and in our own selves, which bear witness to the fact that there is One and only One Creator.

There are countless manifestations of God around us and in our own selves, which bear witness to the fact that there is One and only One Creator and Governor of this Universe and it is He Who controls and directs it.

These manifestations reflect the divine attributes of the Creator: His great wisdom, His all-embracing knowledge, His omnipotence, His mercy, His all-sustaining power – in short His attributes can be traced everywhere in His works. But man’s intellect and capacity for knowledge have erred in observing and understanding them.

Searching for Balanced Code of Life

Some men have argued that there are two gods, others have professed belief in a trinity, and still others have succumbed to polytheism. Some have worshiped nature and others divided the Creator into the gods of rain, air, fire, life, death and so on.

Similarly, men have put forward many erroneous notions about life after death; for instance, that man is reduced to dust after death and will not rise to life again; or that man is subject to a process of continuous regeneration in this world and is punished or rewarded in future cycles of life.

Even greater difficulty arises when we come to the question of a code of living. To formulate a complete and balanced code that conforms to God’s pleasure merely using human reason is an extremely difficult task.

Even if a man is equipped with the highest faculties of reason and intellect and possesses matchless wisdom and experience, the chances of his formulating the correct views on existence are slight.

And even if, after a lifetime of reflection, he does in fact succeed he will still lack the confidence that he has really discovered the truth and adopted the right path.

The fullest and fairest test of man’s wisdom, reason and knowledge might have been to have left him to his own resources without any external guidance. But this would have meant that only those with the determination and ability to find the path of truth would find salvation.

God, therefore, spared His human creatures such a hard test. Through His Grace and Benevolence He raised for mankind men from among themselves to whom He imparted the true knowledge of His attributes, revealed to them His Law and the Right Code of Living, gave them the knowledge of the meaning and purpose of life and of life after death and thus showed them the way by which man can achieve success and eternal bliss.

These chosen men are the Messengers of God – His Prophets. God has communicated knowledge and wisdom to them by means of revelation, and the book containing the Divine Communications is called the Book of God, or the Word of God.

The test of man’s wisdom and intellect therefore lies in this: does he recognize God’s Messengers after observing their pure and pious lives and carefully studying their noble and flawless teachings? A man of wisdom and common sense would accept instructions given by the Messengers of truth.

If he denies the Messengers of God and their teachings, his denial would signify that he was devoid of the capacity to discover truth and righteousness. He would fail his test. Such a man will never be able to discover the truth about God and His Law and life after death.

Faith in the Unknown

It is an everyday experience that when you do not know a thing, you look for somebody who does know. If you get ill and you cannot treat and cure yourself, you go to a doctor and follow his instructions without question. Why? Because he is properly qualified to give medical advice, possesses experience and has treated and cured a number of patients.

Similarly, in matters of law you accept whatever a legal expert says and act accordingly.

In educational matters you trust in your teacher. When you want to go to some place and do not know the way, you ask somebody who knows it, and follow the way he points out. In short, the course that you adopt in your day-to-day life about matters which you do not or cannot know is that you approach someone who does know about them, accept his advice and act accordingly. You make every effort to select the proper person.

But from then on you accept his advice unquestioningly. This kind of belief is called “belief in the unknown (Al-Ghayb)”.

Belief in Al-Ghayb signifies that you get knowledge of what was not known to you from one who knows. You do not know God and His real attributes. You are not aware that His angels are directing the machinery of the whole Universe according to His orders, and that they surround you on all sides. You have not the proper knowledge of the way of life through which you can seek the pleasure of your Creator. And you are in the dark about the life to come.

Such knowledge is given to you by the Prophets, who have had direct contact with the Divine Being. They are the persons whose sincerity, integrity, trustworthiness, godliness and absolute purity stand as irrevocable witnesses to the truth of their claim to knowledge.

And above all, the wisdom and force of their message makes you admit that they speak the truth and deserve to be believed and followed.

This conviction of yours is Belief in Al-Ghayb. Such a truth-discerning and truth acknowledging attitude is essential for obedience to God and for acting in accordance with His pleasure; for you have no other medium than God’s Messengers for the achievement of true knowledge, and without true knowledge you cannot proceed on the path of Islam.

The article is an excerpt from the book “Towards Understanding Islam” by Abul A`la Al-Mawdudi.