Facilitating action is based upon true knowledge. Action has two modes: The action of the heart and the action of the limbs. As for the heart, there are two concerns: Belief and Sincerity or Ikhlas. 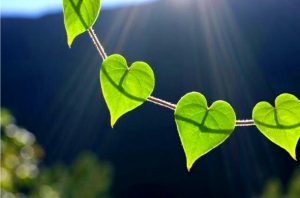 Sound belief is accomplished by removing any doubtful matters from the heart.

Sound belief is accomplished by removing any doubtful matters from the heart. This is easy by the success of Allah and His gift, and many people have accomplished it in every age of Islam.

Sincerity of the heart in the actions that are established by the limbs, by Allah, is extremely difficult and the entire creation froze when it heard the words of Allah: ”And they were only commanded to worship Allah, sincerely, with the deen (religion) solely for Him.”

And also in His words: ”Isn’t the only deen for Allah, the sincere deen.”

Khulus means purity. The Arabs say laban khalis which means “pure milk”, only when it is free of impurities. This is the milk that comes initially from the cow’s udder before it is contaminated with anything.

Purity of the heart is contaminated by wrong actions and thus can be purified by tawbah and remorse. Therefore ikhlas is a great station in the deen, just as fornication is a precipitous fall into wrong action.

The scholars of the heart have enumerated from both aspects of the heart wonders. I will indicate those things from them that will facilitate the path to purity and draw near the way of struggle with the commanding soul. Moreover, I will clarify those matters that will edify for you the way in which your intention is freed from any contingencies that cause action to be for other than Allah’s sake.

The likeness of the one who acts for other than Allah’s sake, is like the one who bought a servant from his own wealth and said to him, “This is my abode and this is my work, so do everything for my sake.” And yet despite that, the slave works for someone else. So tell me, who would be content with that condition?

How then can we perform our actions and remove from them the self’s portion? If, for instance, you wore perfume, don’t say, “This is for me and my family.” Rather, say, “This is for the angels of my Lord and in adherence to my Prophet’s Sunnah, peace and blessings of Allah be upon him.”

Likewise, food should not be merely for pleasure, but one should intend the strengthening of the body, in order to worship Allah well.

The following hadith emphasizes the importance of intending, in our actions, the sole pleasure of Allah: “The first people to be judged on the Day of Standing are the following: a man who was martyred and he is brought into the Divine presence and shown his blessings and he admits to them and then he is asked, ‘What did you do with all of these blessings?’ He will reply, ‘I fought for Your sake and was martyred.’ Allah, the Exalted, will say, ‘You lie! You fought to be called a courageous man. And it was said about you (and thus you have been recompensed.)’ It is then ordered that he be taken to the Fire.”

Then someone who studied the Qur’an and taught it is brought into the Divine presence and shown his blessings and he acknowledges them and then is asked what he did with them. He responds, “I studied knowledge and transmitted it, and I read the Qur’an for Your sake.” It is said to him, “You lie! Rather you desired to be called learned and it was said about you.” And it is ordered that he be taken to the Fire, and he is dragged along his face and thrust into it. The same is said of the generous man.”

One of the most beneficial things that will help you in achieving sincerity and the removal of blemishes from your intentions is truthfulness. You must realize that you will be asked about your knowledge in this life and the next.

If you fail to recognize your inward reality’s impoverishment and disparity from its outward appearance, then you are despised and you have despised your own soul just as the hadith has indicated.

The first step in moving towards sincerity of the heart is to protect your tongue from lying. Know that your tongue is what expresses your inward state. It expresses for you your knowledge and your practice. It has only one noble quality, and that is truthfulness.

The article is excerpted from Zaytuna Institute’s Program and Agenda for Changing our Condition “Remembering the Days of Allah”, which is adapted from Qadi Abu Bakr Ibn Al-`Arabi (the famous Maliki jurist, Qur’an commentator and hadith expert).