True religion, although flexibly responsive to diverse human needs, is capable of maintaining its defining features; it regulates change but does not open the gates wide to every change.

The skeptical may call the validity of religion into question and ask, Why do the answers which religion provide appear unsatisfactory? Why is there too much bickering among religious factions? Why is religion incapable of coming to terms with science (pejoratively “scientism”)?

And why is it sometimes reality-resistant?

Questions like these certainly ascribe an indelible passivity to religion and religious attitude. Admittedly, those bombarded by such questions have ample evidence to support their case.

Religion has indeed, at different historical intervals, been the source of many plights. Oppressive wars were waged in the name of religion; religious chauvinism, brutal inquisitions, persecution of scientists, and conflict with reason, facts, and sometimes common sense count among the atrocities that have incurred the displeasure of many people.

But, and this is very important, which religion are we talking about here? Are we referring to a particular religion or religion in all its forms and manifestations?

Here rises the need to draw the line between two kinds of religion: Conventional Religion and True Religion. By contrasting these two, the reader may have correctly jumped to the conclusion that conventional religion – not true religion – is our enemy. In this regard, John E. Boodin wrote:

“Conventional religion has often joined in conspiracy with men’s passions, reinforcing their blindness by somnolent acquiescence or misdirected devotion, following the flag of man’s selfish lust for power. But for true religion no ideal short of humanity can suffice. Its cause must be the common good of man. Its loyalty is limited by no national or race boundaries. For there can be no true loyalty to a nation which is not at the same time loyal to humanity. We can worship no national god. Spiritually and materially our destiny is interlinked.”(1)

We can expound on Boodin’s informative differentiation to gain a further understanding of the character of conventional religion. Conventional religion can be the invention of culture and local tradition, a distorted version/interpretation/application of true religion, or an alloy of both.

In the forthcoming lines, we will address key factors which have contributed significantly to the evolution of conventional religion. In each case, I will cite particular religions as an example. Before we exit this part, let us bear in mind one vital fact.

Conventional religion, as opposed to true religion, lacks two crucial features: universal applicability and the capacity to preserve its genuineness. These two features characterize true religion. They underpin the religion’s capacity to meet the various needs of mankind while preserving its identity and genuine character.

Conventional religion, on the other hand, is influenced but hardly influences, is continuously shaped but rarely shapes human life without compromising its genuineness or falling short of meeting certain needs. People, culture, folklore, and politics invent this religion or, like a piece of clay, mould a once true religion into whatever form they wish. Stewart Means cites the example of Christianity:

“Christianity itself has already been deeply influenced by some of the changes which have taken place. The great forces of history press steadily upon all the institutions of society, and the form or expression of the religious life is profoundly affected by the movements of thought or changes in sentiment which take place in human society.”(2) 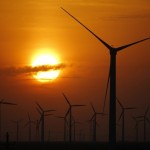 The human factor has either taken the form of ’distorting’ the true religion or ‘rejecting’ it while subsequently replacing it with a new metamorphosed one.

On the other hand, true religion, although flexibly responsive to diverse human needs, is capable of maintaining its defining features. It regulates change but does not open the gates wide to every change. It modifies ideologies and aligns them to serve its own goals, but never compromises its genuine character. Earnest Gellner, the British philosopher and anthropologist, cites the example of Islam:

“To say that secularization prevails in Islam is not contentious. It is simply false. Islam is as strong now as it was a century ago. In some ways, it is probably much stronger…Why should one particular religion be so markedly secularization-resistant? This is an important question…To continue the argument: in Islam, we see a pre-industrial faith, a founded, doctrinal, world religion in the proper sense, which, at any rate for the time being, totally and effectively defies the secularization thesis. So far, there is no indication that it will succumb to secularization in the future either.”(3)

Before we conclude, it is of paramount importance that we settle the case between man and religion. Before accusing religion of any evil or passivity, we must prosecute the main culprit, and if we are to incriminate a particular party then that party is man. Human beings are key players in creating conventional religion. The human factor has either taken the form of ’distorting’ the true religion or ‘rejecting’ it while subsequently replacing it with a new metamorphosed one.

In some cases  the former (distortion) has led to the latter (rejection), as in the case of Christianity. The fierce struggle between the Church and the Enlightenment movement gave rise to secularism, where religion became effectually incapacitated.

Evidently, it turns out that religion, which happens to be an integral human need, is neither evil by nature nor a steady source of ills. We alone are responsible for aking our experience, our interpretation, our understanding of religion hell on earth. James H. Leuba perceptively wrote:

“With chemicals one may cure, or kill; with high-power propaganda one may enlighten and thus promote brotherhood, or deceive and thus arouse angry passions. Failure to employ the means at our disposal for the general good is the root cause of the present distressing situation”(4).

The article is an excerpt from the author’s book: “The Only Way Out (A Guide for the Truth Seeker)”, Cooperative Office for Call & Guidance at Juball (2010)

The Intention and Its Relation to Acceptance of Deeds

Suicide and Despair in Islam

Hadith: Its Meaning and Significance