Do Not Miss out on `Arafah (9th Dhul Hijjah)!

The great importance of the day of `Arafah, the day when pilgrims gather in Mountain of `Arafah and perform the most important ritual in Hajj, is shown by the fact that Allah (Glorified and Exalted be He) swears an oath by this day: 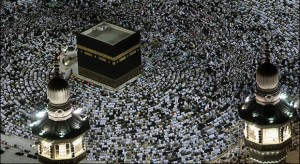 To make the most of the grand day of `Arafah, make sure to:

1- Fast and expiate your sins

Out of the first nine days, this is the most important day to keep a fast on:

Abu Qatadah (may Allah be pleased with him) reported that the Prophet (peace and blessings of Allah be upon him) said: “Fasting on the Day of `Arafah, I hope from Allah, expiates for the sins of the year before and the year after.” (Ibn Majah)

The Messenger of Allah said: “There is no day when Allah ransoms more slaves from the Fire than the day of `Arafah. He draws near and expresses His pride to the angels and says: ‘What do these people want?’” (Muslim)

Don’t settle for less. You will have your minor sins forgiven with the fast of `Arafah (In sha Allah), so what about your major sins? Repent sincerely and remember that Allah is capable of forgiving all our sins no matter how great they are. Allah subḥānahu wa ta’āla (glorified and exalted be He) says in the Qur’an:

Say, “O My servants who have transgressed against themselves (by sinning), do not despair of the mercy of Allah. Indeed, Allah forgives all sins. Indeed, it is He who is the Forgiving, the Merciful”. (Az-Zumar 39:53)

These grand days are a great opportunity to quit your sinful habits once and for all! Be regretful for committing sins and make a strong determination to never commit them ever again.

Even though the Day of `Arafah has a special status, it’s important to remember that all the days of Hajj are days of dhikr (remembrance of Allah).

The importance of dhikr is demonstrated in the following verses in which Allah addresses the pilgrims in Surat Al-Baqarah:

…But when you depart from ‘Arafat, remember Allah at al- Mash’ar al-Haram. And remember Him, as He has guided you, for indeed, you were before that among those astray. (Al-Baqarah 2:198)

Then depart from the place from where [all] the people depart and ask forgiveness of Allah… (Al-Baqarah 2:199)

And when you have completed your rites, remember Allah like your (previous) remembrance of your fathers or with [much] greater remembrance… (Al-Baqarah 2:200)

And remember Allah during (specific) numbered days… (Al-Baqarah 2:203) in reference to the Days of Tashreeq (11-13 Dhul-Hijjah).

With regards to making du`aa’, the Prophet said: “The most excellent du`aa’ is the du`aa’ on the Day of `Arafah, and the best of what I and the prophets before me have said, is ‘There is no god but Allah, alone, without partner.’ (Malik)

Another recommended du`aa’ that is mentioned in the Qur’an is:

What a great chance you have to get your du`aa’ accepted! Prepare a du`aa’ list, as advised in Ramadan, so that you don’t spend a minute without asking Allah for everything you want, in this life and the Hereafter.

Again, don’t waste this golden, annual opportunity to gain enormous rewards. Fast and spend your time in supplication, repentance and remembering Allah (Glorified and Exalted be He).

A great act of charity to get closer to Allah on the day of `Eid Al-Adha is sacrificing a livestock animal. This revives the sunnah of Prophet Ibrahim (peace be upon him) was ready to give up everything for the sake of Allah and submitted unconditionally to Allah’s commands by even offering his beloved son as a sacrifice.

Revive the spirit behind the Sunnah, be generous and select a healthy animal for sacrifice. You may have given a lot of charity other than the udhiyah, but if you miss out on this, you have missed out on a great act of charity specific to this occasion. Look at how you have spent your money on luxuries for the entire year. Now what will you offer as a sacrifice to gain the closeness of Allah?

The days of `Eid are the days of sacrifice. Apart from the udhiya, what will you give for the pleasure of Allah?

a– Spend from what you really love

Allah says in the Qur’an:

Never will you attain the good (reward) until you spend [in the way of Allah ] from that which you love. And whatever you spend – indeed, Allah is Knowing of it. (Aal `Imran 3:92)

What is it that you value greatly? What possession can you sacrifice for Allah’s sake by giving it in charity? This may even be your precious talents, time, reputation, etc. How can you spend that in the way of Allah?

b- It’s time to give away everything extra

This may be the best time to de-clutter your house. Give in charity everything extra that you possess. What is the use of hoarding stuff that you will never use?

The immense reward of reciting the Qur’an is evident from the following hadith:

Ibn Mas`ud (may Allah be pleased with him) reported that the Messenger of Allah (peace be upon him) said: “Whoever recites a letter from the Book of Allah, he will be credited with a good deed, and a good deed gets a ten-fold reward. I do not say that Alif-Lam-Mim is one letter, but Alif is a letter, Lam is a letter and Mim is a letter.” (At-Tirmidhi)

As Muslims, our job is to not only recite, but also to understand, implement and spread the teachings of the Qur’an. How can we expect to be guided to the straight path unless we read The Book of guidance?

Given the importance of reciting the Qur’an, it is essential that we block time out of our day especially for this task. The most productive time to recite the Qur’an is in the early hours, as Allah says:

Establish prayer at the decline of the sun [from its meridian] until the darkness of the night and (also) the Qur’an of dawn. Indeed, the recitation of dawn is ever witnessed. (Al-Israa’ 17:78)

Reading around 3½ juz’ each day will allow you to finish the Qur’an before `Eid begins Insha’Allah (within the first 9 days)!

Do Not Waste Time

These are the best days of the year! How can you possibly waste your time? Reject all invitations to parties and appointments which can be delayed to a later date. Tell them about the immense importance of these days and Insha’Allah you will even get rewarded for every good that they consequently do. If you can take time off work, do so. Again, remember that these are the most valuable days of the year!

Just like the person performing Hajj must refrain from getting into disputes and acts of disobedience or risk the acceptance of their Hajj, you should try to do the same. Forgive everyone no matter what they have done to you. Visit the sick. Have good relations with people, especially your parents, relatives and neighbors. This would be the best time to re-establish ties of kinship and put barakah (blessing) in your life.

Unfortunately, many Muslims are unaware of the superiority of these days, or are unsure how to make the most of them. Spread the knowledge and multiply your rewards. This will also In sha Allah get you motivated to be foremost in performing good deeds.

The best days of the entire year have almost arrived! Muslims from around the globe will unite to perform one of the greatest forms of worship: Hajj.

Make the most of this grand opportunity by drawing nearer to our Creator by performing acts of worship with true sincerity and according to the Sunnah.

May Allah (Exalted be He) make us understand the greatness of these days and help us perform the best possible deeds with the purest of intentions. Ameen.

A Documentary on Zamzam Water!

Everything about Combining Prayers