The COVID-19 pandemic is forcing governments and news sources to provide the most accurate and helpful advice to the world’s population, as the disease is indeed global in reach. Health care professionals are in high demand, and so too are scientists who study the transmission and effect of pandemics. 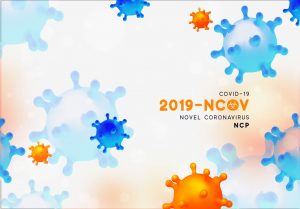 Muhammad said: “If you hear of an outbreak of plague in a land, do not enter it; but if the plague outbreaks out in a place while you are in it, do not leave that place.”

Experts like immunologist Dr. Anthony Fauci and medical reporter Dr. Sanjay Gupta are saying that good hygiene and quarantining, or the practice of isolating from others in the hope of preventing the spread of contagious diseases, are the most effective tools to contain COVID-19.

Do you know who else suggested good hygiene and quarantining during a pandemic?

While he is by no means a “traditional” expert on matters of deadly diseases, Muhammad nonetheless had sound advice to prevent and combat a development like COVID-19.

Muhammad said: “If you hear of an outbreak of plague in a land, do not enter it; but if the plague outbreaks out in a place while you are in it, do not leave that place.”

He also said: “Those with contagious diseases should be kept away from those who are healthy.”

“Cleanliness is part of faith.”

“Wash your hands after you wake up; you do not know where your hands have moved while you sleep.”

“The blessings of food lie in washing hands before and after eating.”[i]

And what if someone does fall ill? What kind of advice would Muhammad provide to his fellow human beings who are suffering from pain?

He would encourage people to always seek medical treatment and medication: “Make use of medical treatment,” he said, “for God has not made a disease without appointing a remedy for it, with the exception of one disease—old age.”

Perhaps most importantly, he knew when to balance faith with reason. In recent weeks, some have gone so far as to suggest that prayer would be better at keeping you from the coronavirus than adhering to basic rules of social distancing and quarantine. How would Prophet Muhammad respond to the idea of prayer as the chief—or only—form of medicine?

Consider the following story, related to us by ninth-century Persian scholar Al-Tirmidhi: One day, Prophet Muhammad noticed a Bedouin man leaving his camel without tying it. He asked the Bedouin, “Why don’t you tie down your camel?” The Bedouin answered, “I put my trust in God.” The Prophet then said, “Tie your camel first, then put your trust in God.”[ii]

Muhammad encouraged people to seek guidance in their religion, but he hoped they take basic precautionary measures for the stability, safety and well-being of all.

In other words, he hoped people would use their common sense.

[i] This hadith is not authentic. However, a number of scholars hold the opinion that washing hands before and after eating is recommended.

[ii] Although the story is not authentic, it gives a good explanation to the concept of tawakkul (to put your trust in God)

Dr. Craig Considine is a scholar, professor, global speaker, and media contributor based at the Department of Sociology at Rice University. He is the author of The Humanity of Muhammad: A Christian View (Blue Dome Press, 2020), and Islam in America: Exploring the Issues (ABC-CLIO 2019), among others.

Why I Converted to Islam – Part 1