The degradation of the environment and distort its intrinsic suitability for human life and settlement. 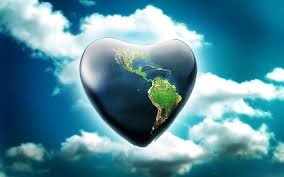 God has created everything in this universe in due proportion and measure both quantitatively and qualitatively. God has declared in the an:

Verily, all things have We created by measure.(Al-Qamar 54:49)

And We have produced therein everything in balance. (Ar-Rahman 55:7)

In the universe there is enormous diversity and variety of form and function.  The universe and its various elements fulfill human welfare and are evidence of the Creator’s greatness; He it is Who determines and ordains all things, and there is not a thing He has created but celebrates and declares His praise.

Have you not seen that God is glorified by all in the heavens and on the earth – such as the birds with wings outspread?  Each knows its worship and glorification, and God is aware of what they do. (An-Nur 24:41)

Each thing that God has created is a wondrous sign, full of meaning; pointing beyond itself to the glory and greatness of its Creator, His wisdom and His purposes for it.

He Who has spread out the earth for you and threaded roads for you therein and has sent down water from the sky: With it have We brought forth diverse kinds of vegetation.  Eat and pasture your cattle; verily, in this are signs for men endued with understanding. (Ta-Ha 20:53-54)

God has not created anything in this universe in vain, without wisdom, value and purpose. God says:

Thus, the Islamic vision revealed in the Qur’an is of a universe imbued with value. All things in the universe are created to serve the One Lord Who sustains them all by means of one another, and Who controls the miraculous cycles of life and death:

God it is that splits the seed and the date stone, brings the living from the dead and the dead from the living: That is your God – how are you turned away? (Al-An`am 6:95)

Life and death are created by God so that He might be served by means of good works.

Blessed is He in Whose Hand is dominion, and He has power over every thing: He Who has created death and life to try you, which of you work the most good. (Al-Mulk 67:1-2)

Between Man and the Environment

All created beings are created to serve the Lord of all beings and, in performing their ordained roles in a cohesively designed society; they best benefit themselves and each other in this world and the next.

This leads to a cosmic symbiosis (takaful). The universal common good is a principle that pervades the universe, and an important implication of God’s Oneness, for one can serve the Lord of all beings only by working for the common good of all.

Man is part of this universe, the elements of which are complementary to one another in an integrated whole indeed, man is a distinct part of the universe and it has a special position among its other parts.

The relation between man and the universe, as defined and clarified in the Qur’an and the Prophetic teachings, is as follows:-

– A relationship of meditation, consideration, and contemplation of the universe and what it contains.

– A relationship of sustainable utilization, development, and employment for man’s benefit and for the fulfillment of his interests.

– A relationship of care and nurture for man’s good works are not limited to the benefit of the human species, but rather extend to the benefit of all created beings; and “there is a reward in doing good to every living thing.” (Al-Bukhari)

Heaven and earth and all that they contain belong to God alone. Man has been granted stewardship to manage the earth in accordance with the purposes intended by its Creator; to utilize it for his own benefit and the benefit of other created beings, and for the fulfillment of his interests and of theirs.

He is thus entrusted with its maintenance and care, and must use it as a trustee, within the limits dictated by his trust. The Prophet declared,

“The world is beautiful and verdant, and verily God, be He exalted, has made you His stewards in it, and He sees how you acquit yourselves.” (Muslim)

All of the resources upon which life depends have been created by God as a trust in our care. He has ordained sustenance for all people and for all living beings.

And He has set within it mountains standing firm, and blessed it, and ordained in it its diverse sustenance in four days, alike for all that seek. (Fussilat 41:10)

Thus, in Islam the utilization of these resources is the right and privilege of all people and all species.  Hence, man should take every precaution to ensure the interests and rights of all others since they are equal partners on earth. Similarly, he should not regard such as restricted to one generation above all other generations.

Each thing and every creature in the universe performs two major functions: a religious and a social.

It is, rather, a joint responsibility in which each generation uses and makes the best use of nature, according to its need, without disrupting or adversely affecting the interests of future generations.

Therefore, man should not abuse, misuse, or distort the natural resources as each generation is entitled to benefit from them but is not entitled to “own” them in an absolute sense.

The right to utilize and harness natural resources, which God has granted man, necessarily involves an obligation on man’s part to conserve them both quantitatively and qualitatively. God has created all the sources of life for man and all resources of nature that he requires, so that he may realize objectives such as contemplation and worship, inhabitation and construction, sustainable utilization, and enjoyment and appreciation of beauty.

It follows that man has no right to cause the degradation of the environment and distort its intrinsic suitability for human life and settlement. Nor has he the right to exploit or use natural resources unwisely in such a way as to spoil the food bases and other sources of subsistence for living beings, or expose them to destruction and defilement.

While the attitude of Islam to the environment, the sources of life, and the resources of nature is based in part on prohibition of abuse, it is also based on construction and sustainable development. This integration of the development and conservation of natural resources is clear in the idea of bringing life to the land and causing it to flourish through agriculture, cultivation, and construction.  God says:

It is He Who has produced you from the earth and settled you therein. (Hud 11:61)

“If any Muslim plants a tree or sows a field, and a human, bird or animal eats from it, it shall be reckoned as charity from him.” (Al-Bukhari and Muslim)

“If anyone plants a tree, neither human being nor any of God’s creatures will eat from it without its being reckoned as charity from him.” (Ahmad and At-Tabarani)

“If the day of resurrection comes upon anyone of you while he has a seedling in hand, let him plant it.” (Ahmad, Al-Bukhari and Abu Dawud)

The approach of Islam toward the use and development of the earth’s resources was put thus by `Ali ibn Abi Talib, the fourth Caliph, to a man who had developed and reclaimed abandoned land:

God’s wisdom has ordained that His creatures shall be of service to one another.

This positive attitude involves taking measures to improve all aspects of life: health, nutrition, and the psychological and spiritual dimensions, for man’s benefit and the maintenance of his welfare, as well as for the betterment of life for all future generations.

As is shown in the Prophetic declarations above, the aim of both the conservation and development of the environment in Islam is for the universal good of all created beings.

Throughout the universe, the divine care for all things and all-pervading wisdom in the elements of creation may be perceived, attesting to the All-Wise Creator.

The Qur’an has made it clear that each thing and every creature in the universe, whether known to man or not, performs two major functions: a religious function in so far as it evidences the Maker’s presence and infinite wisdom, power, and grace; and a social function in the service of man and other created beings.

God’s wisdom has ordained that His creatures shall be of service to one another. The divinely appointed measurement and distribution of all elements and creatures, each performing its ordained role and all of them valuable, makes up the dynamic balance by which the creation is maintained.

Over exploitation, abuse, misuse, destruction, and pollution of natural resources are all transgressions against the divine scheme. Because narrow-sighted self-interest is always likely to tempt men to disrupt the dynamic equilibrium set by God, the protection of all natural resources from abuse is a mandatory duty.

In the divine scheme by which all creatures are made to be of service to one another, God’s wisdom has made all things of service to mankind. But nowhere has God indicated that they are created only to serve human beings.

On the contrary, Muslim legal scholars have maintained that the service of man is not the only purpose for which they have been created. With regard to God’s saying:

…and similar verses in which God declares that He created His creations for the children of Adam; it is well known that God in His great wisdom has exalted purposes in them other than the service of man, and greater than the service of man. However, He makes clear to the children of Adam what benefits there are in these creatures and what bounty He has bestowed upon mankind.” (Ibn Taymiyah)

The primary function of all created beings as signs of their Creator constitutes the soundest legal basis for conservation of the environment.

Even though the societal functions of all things are vitally important, the primary function of all created beings as signs of their Creator constitutes the soundest legal basis for conservation of the environment. It is not possible to base the protection of our environment on our need for its services alone, since these services are only of supporting value and reason.

However, when we base the conservation and protection of the environment on its value as the sign of its Creator, we cannot omit anything from it. Every element and species has its individual and unique role to play in glorifying God, and in bringing man to know and understand his Creator by showing him, through their being and uses, God’s infinite power, wisdom, and mercy.

It is impossible to countenance the willful ruin and loss of any of the basic elements and species of the creation, or to think that the continued existence of the remainder is sufficient to lead us to contemplate the glory, wisdom, and might of God in all the aspects that are intended. Indeed, because species differ in their special qualities, and each evidences God’s glory in ways unique to it alone.

Furthermore, all human beings and, indeed, livestock and wildlife as well, enjoy the right to share in the resources of the earth. Man’s abuse of any resource, such as water, air, land, and soil as well as other living creatures such as plants and animals is forbidden, and the best use of all resources, both living and lifeless, is prescribed.

Islam and Preservation of Human Life

The Greatest Covenant for the Muslim and How to Fulfill It