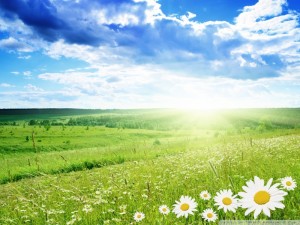 Allah has ordained the good treatment of parents.

If you type the words, “kindness to parents” in Google, six of the first ten results are Islamic articles stressing the importance of being dutiful and kind to one’s parents.

Why is this so?

Islam is a beautiful religion that stresses the qualities of mercy, tolerance and respect among human beings. Allah has ordained the good treatment of parents and warned us against treating them with disrespect.  There are several verses in the Qur’an where kindness to parents is even coupled with the most important aspect of Islam; worshipping Allah alone.  This indicates that being kind to parents, honoring and respecting them, is extremely important in the way of life that Islam stipulates.

And your Lord has decreed that you worship none but Him.  And that you be dutiful to your parents.  If one of them or both of them attain old age in your life, say not to them a word of disrespect, nor shout at them but address them in terms of honor. (Al-Israa’ 17:23)

It is crystal clear in this verse that no word of disrespect should be uttered toward a parent, nor even a look of resentment or contempt.  Honoring parents can be considered a form of worship if the intention is to please Almighty Allah by respecting His commands.

And lower unto them the wing of submission and humility through mercy, and say: ‘My Lord!  Bestow on them Your Mercy as they did bring me up when I was small.’ (Al-Israa’ 17:24)

The love and mercy that emanates from the Most Merciful Allah is manifest in the kind treatment existing between parents and their children.  Allah clearly prohibits the bad treatment of parents, and in another verse of the Qur’an He enjoins on us the need to show gratitude to Him, our Creator, as well as our parents.  Again, Allah clearly links the rights owed to Him to the rights owed to parents.

Prophet Muhammad reinforced the duty to be kind to parents. A companion of the Prophet once asked him which of the many good deeds a man can do is the most loved by Allah.  Prophet Muhammad (peace and blessings be upon him) answered him by saying, “To offer the Prayer in its proper time”.  The companion then asked, “And what is next?” to which Prophet Muhammad replied, “To be good and dutiful to your parents…” (Al-Bukhari).  The responsibility to be kind and good to parents comes right after the greatest duty in Islam, the prayer.

The Arabic word that is used in the Qur’an and the narrations of Prophet Muhammad to denote this kindness to parents as bir, and more often than not, it is translated as goodness.  However, as is the case with most Arabic words, a direct translation into English often fails to explain the true depth of meaning. Bir does not only mean goodness; it contains shades of meaning that indicate kindness, compassion, respect and even patience.  Islam, the way of life, encompasses all these qualities, and Muslims must strive to model this behavior in all dealings, particularly in the relationship between parents and their children.

With hardship and endurance, most parents care for and nurture their children their entire lives, but at one point this duty reverses, parents become old and feeble and in need of this care and nurturing themselves.  The child is obligated to care for the parents by displaying all the qualities of bir and knowing that the reward for this is with Allah.  Prophet Muhammad said, “If anyone possesses these three characteristics Allah will give him an easy death and bring him into His Paradise: gentleness towards the weak, affection towards parents, and kindness to slaves.” (At-Tirmidhi)

Abu Hurairah (may Allah be pleased with him) was a close companion of Prophet Muhammad (peace and blessings be upon him). He is credited with remembering and transmitting many of the Prophetic sayings.  The life of Abu Hurairah also contains many demonstrations of his love and devotion to his mother.  When he first embraced Islam, no amount of pleading could convince his mother to do the same.  Weeping and afraid, Abu Hurairah approached the Prophet and begged him to make supplication to Allah asking that his mother be guided.  Prophet Muhammad complied with this request and within a very short period of time Abu Hurairah’s mother uttered the words, “There is no god but Allah and Muhammad is his slave and Messenger”, thus embracing Islam.

Abu Hurairah always encouraged other people to be kind and good to their parents.  One day he saw two men walking together and enquired of the younger one, “Who is this man to you?” to which the young man replied, “He is my father”.  Abu Hurairah advised him by saying, “Do not call him by his name, do not walk in front of him, and do not seat yourself before he does”.

Therefore, this gentleness and affection Abu Hurairah demonstrated to his mother teaches us that mutual respect and love is a duty.  A Muslim is obliged to show respect towards parents even if they are non-Muslim, and the greatest love he can show towards them is to supplicate to Allah in hope that they will be guided to Islam.  At the time of the Prophet, many of those who embraced Islam found that it conflicted with the beliefs and requests of their parents, but they were taught to be kind and to obey their parents, except if the parents demanded they disobey Allah.

But if they (both) strive with you to make you join in worship with Me others that of which you have no knowledge, then obey them not, but behave with them in the world kindly, and follow the path of him who turns to Me in repentance and in obedience.  Then to Me will be your return, and I shall tell you what you used to do. (Luqman 31:15)

Being dutiful to parents, obeying them and treating them with kindness is embedded in the teachings of Islam. However, obedience to Allah is always the first and foremost duty in Islam.

This article was originally published on islamreligion.com. It has been taken with modifications from onislam.net

Aisha Stacey is an Australian revert to Islam. She currently spends her time between Australia and Qatar. Aisha works as a writer at the Fanar Cultural Islamic Centre in Doha, Qatar while studying for an Arts/Psychology degree.