Sabr (patience) is an Arabic word that means in language to restrain. The month of Ramadan is called the month of al-Sabr because it is self-restraint from food, drink and sexual intercourse.

In the technical usage of the term, it means to restrain oneself from neglecting Allah’s commands, indulging in prohibitions or being impatient in cases of afflictions. These are the three kinds of patience mentioned by most scholars.

The first kind: being patient with Allah’s obedience 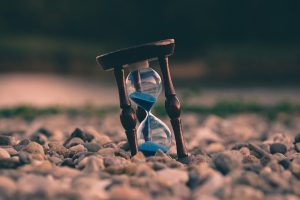 “O you who believe! Be patient. And have outlasting patience.”

Some kinds of worship may be hard to perform. This hardship can be physical or spiritual. The physical hardship may take place when a person is weak, tired or ill.

On the other hand, the pillars of Islam may be divided into physical and financial or both of them. The physical pillars include prayer and fasting. Paying zakat (almsgiving) is an example of the financial acts of worship. The Hajj (pilgrimage to Makka) is the third kind which requires physical effort and money. The acts of worship are various to test people whether they will do what they only like and find easy or they will abide by Allah’s commands and do them all.

You may find it easy for some people to perform as many prayers as they can; however, it is very hard for them to give even a small sum of money to charity. On the contrary, there are others who can pay zakat and give to charity easily but it is hard for them to perform prayers or fasting. To pass the test, one needs to be patient enough to be able to obey Allah’s commands without any differentiation between them. The hardship one may find needs patience and endurance. Allah says,

“O you who believe! Be patient. And have outlasting patience. And be ever at the ready. And be ever God-fearing, so that you may be successful.” (Quran 3:200)

The second kind: Patience with avoiding the prohibited matters

In this kind of patience, one must restrain oneself from committing acts of disobedience. Indeed, the self and the Satan often bids to evil such as telling lies, committing adultery and fornication, drinking alcohol, stealing, etc. Everyone needs to restrain and prevent oneself from committing such sins and crimes. Exercising self-restraint may constitute a hardship for the person who finds it easy to perform such sins or crimes. In case the person does not think of the sin or it does not even come to his or her mind, this person will not be called patient. However, if one finds it hard to do so, then he or she needs to be patient.

The third kind: Patience on the occasions of trials and afflictions

Indeed, man is always tested so long as he or she is alive. Allah says,

“The One who created death and life to test you, (and to reveal) which of you is best in deeds. For He (alone) is the Overpowering (One), the All-Forgiving” (Quran 67:2)

One may be ill, lose his or her money or something bad may happen to his or her family, etc. In all these cases and others one should endure them patiently. Moreover, the Muslim must withhold him or herself from impatience, his or her tongue from complaint and his or her limbs from broil. Allah says,

“And, most surely, We shall test (all of) you (believers) with something of fear and (with) hunger and (with) loss of wealth and life and crops. So give glad tidings (of everlasting delight in Paradise) to those who are (enduringly) patient” (Quran 2:155)

People’s reactions to trials and tribulations may be one of the following:

Some people may be discontent in the heart, namely, they may be angry or displeased with Allah. Such people feel as if Allah did injustice to them. Secondly, others may express discontent with their tongue. For instance, they may say unsuitable words, use swear words, utter cries of woe and doom, etc. Thirdly, there are others who may show discontent with limbs, namely, to slap one’s cheeks or to tear one’s clothes, break cups, throw things away, etc.

In fact, all these acts that denote discontent are forbidden.

Narrated `Abdullah: the Prophet (ﷺ) said, “He who slaps his cheeks, tears his clothes and follows the ways and traditions of the Days of Ignorance is not one of us.” (Al-Bukhari)

Indeed, this person who shows discontent cannot change what has already happened. There is no use of being angry. On the contrary, behaving this way deprives such person from the rewards he or she will get in case of being content and patient.

Everyone hates calamities and afflictions and likes that they do not befall or hurt people. Although it is allowed to hate calamities, it is prohibited to show discontent. One’s heart must not harbor any bad feelings towards Allah. In addition, Muslims must not say or do anything that displeases Allah. they must remember that they are in a test and have to be patient and content with Allah to pass the test. Moreover, the Muslim should remember that he or she will be rewarded for whatever afflictions that befall him or her. Allah says,

“For, indeed, those who are patient shall be rendered their reward in full, without measure.” (Quran 39:10)

Abu Yahya Suhaib bin Sinan (May Allah be pleased with him) reported that:

The Messenger of Allah (ﷺ) said, “How wonderful is the case of a believer; there is good for him in everything and this applies only to a believer. If prosperity attends him, he expresses gratitude to Allah and that is good for him; and if adversity befalls him, he endures it patiently and that is better for him”. (Muslim)

When the Muslim harbors good thoughts concerning Allah, he or she knows very well that everything that happens to him or her is good. Whenever an affliction befalls him or her, he or she should know well enough that he or she will be rewarded or many of his or her sins will be forgiven according to the hadith mentioned above. This is what may help the Muslim feel content and pleased with Allah whenever an affliction befalls him or her.

This is the most excellent kind. Here, the Muslim thanks and praises Allah for the rewards given by Allah is far greater than the pain caused by such calamities.