One’s soul or own body is a sacred entity entrusted to him by God on a temporary basis.

Human life is sacred and a gift from Allah, the Creator. For the protection of human life Islam has legislated capital and corporal punishments and retribution unto those transgressing criminals who murder and physically harm others. Killing falls into three types: intentional and/or premeditated murder,manslaughter, and total mistake.

Islam commands the execution of anyone who commits premeditated murder of an innocent person, seeking to place as strong a deterrent as possible to eradicate the temptation of intentional murder.

Unintentional manslaughter and mistaken killings are separate categories with separate lesser sentences and blood money is paid to the close relatives of the victim. The family or the heirs of the killed victim are given a diyyah (blood money) unless they choose to forgive the killer. The killer must repent to Allah and make atonement by the freeing a Muslim slave, and if this is not possible, by fasting for two consecutive months.

All such penalties are for preservation of life. No one has the right to possessions or estate without legitimate cause. All oppressive or abusive must be warned against unjust killing, victimizing or harassing other innocent members of the Islamic society, and these strict punishments should be made clear. If the retaliation is not similar to the crime itself, criminals become emboldened in their criminal activities.

All other corporal punishments have the same rationale, wherein the punishment is proportionate to the crime with specific measurements of retribution predetermined to stop all arguments and confusion.

All capital and corporal punishments are oriented for the preservation of human life and property in an Islamic society. Allah, the Exalted, states in the Qur’an:

And there is (a saving of) life for you in al-qisas (the law of equality in punishment), O men of understanding,that you may become pious. (Al-Baqarah 2:179)

The penalty of the Hereafter for the intentional murderer who does not repent will be the wrath of Allah. Allah, the Exalted, states in the Qur’an:

If a man kills a believer intentionally, his recompense is Hell, to abide therein (forever): and the wrath and the curse of Allah are upon him, and a dreadful penalty is prepared for him. (An-Nisaa’ 4:9)

Islam has imposed certain specific duties on everyone in respect to protection of human life. The following are some of these duties:

1-Man does not own his soul or his own body: rather it is a sacred entity entrusted to him on a temporary basis. It is not allowed for anyone to intentionally torture or harm himself, or carry-out any type of suicidal crime or reckless act leading to his destruction.

Life is only given in sacrifice for the cause of Allah. Allah says:

O you who believe! Eat not up your property among yourselves unjustly: but let there be among you trade by mutual good-will: nor kill (or destroy) yourselves: for verily Allah has been to you Most Merciful! (An-Nisaa’ 4:29)

2-Man must maintain proper nutritional care to satisfy the minimum requirements essential for decent health. He is not allowed to deprive himself of permissible food, drink, clothing, marriage and proper care under any pretexts, if that causes him harm. Allah, the Exalted, states in the Qur’an:

Say: Who has forbidden the beautiful (gifts) of Allah,which He has produced for His servants, and the things,clean and pure, (which He has provided) for sustenance?
Say, they are, in the life of this world, for those who believe, (and) purely for them on the Day of Requital.
Thus do We explain the signs in detail for those who understand. (Al-A`raf 7:32) 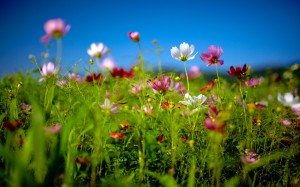 Allah, the Exalted, admonished the Prophet (peace be upon him) when he abstained from eating honey in order to please one of his wives, and this became an eternal lesson for all Muslims. Allah states in the Qur’an:

O Prophet! Why do you make forbidden that which Allah has made lawful to you? You seek to please your wives but Allah is Oft-Forgiving, Most Merciful. (At-Tahrim 66:1)

Moderation is between stinginess and extravagance. Man may enjoy the lawful bounties offered by Allah to man on earth in moderation within the limits of the Islamic laws and without wastage. Allah states in the Qur’an:

O Children of Adam! Wear your beautiful apparel at every time and place of prayer: eat and drink: but waste not by excess, for Allah loves not the wasters. (Al-A`raf 7:31)

It is forbidden to neglect the physical needs of the body and cause harm through negligence or self-torture:

On no soul does Allah place a burden greater than itcan bear. It gets every good that it earns, and it suffers every ill that it earns. (Al-Baqarah 2:286)

It is reported that Anas ibn Malik (may Allah be pleased with him) said that, “Three men came to the Prophet’s (peace be upon him) mosque to inquire about the worship of the Prophet. When they were informed, they considered their worship insignificant and said: ”Where are we in comparison with the Prophet while Allah has forgiven his past sins and future sins“. One of them said: ”As for me, I shall offer salah all night long.” Another said:”I shall observe sawm (fasting) continuously and shall not break it”. The third one said: ”I shall abstain from women and shall never marry.”

The Prophet came to them and said,“Are you the people who said such and such things? By Allah, I fear Allah more than you do, and I am the most obedient and dutiful among you to Him, but still I observe fasting and break it; perform salah and sleep at night and take wives. So whoever turns away from my Sunnah does not belong to me.” (Al-Bukhari and Muslim)

The article is an excerpt from the author’s Human Rights in Islam and Common Misconceptions.

Abdul-Rahman Al Sheha is a Saudi Da`iyah and Scholar, specialized in Islamic Studies and Islamic culture. Of his outstanding publications are: Woman in The Shade of Islam, Muhammad, the Messenger of Allah, Misconceptions on Human Rights in Islam, and Islamic Perspective of Sex.