Qadaa´ and Qadar are two Arabic words usually translated as ‘fate’, ‘destiny’, or ‘pre-ordainment’. Many of these English words lead to incorrect belief in this concept, so the original Arabic terms have been retained in order that one understand them in their true sense. 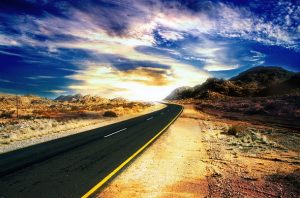 This is to believe that whatever Allah wills comes to be, and whatever He does not will does not come to be.

To have iman (belief) in Qadaa´ and Qadar is to believe that Allah always knew everything before its came into being, and what will happen to them afterwards. He then brought them into existence, all in accordance to His Knowledge and Measure. Allah says:

Everything which occurred in the past, is occurring in the present, and will occur in the future in this universe was known to Allah before it came to be. Then Allah brought it into being, all in accordance to His Will and Measure. The Messenger of Allah (peace be upon him) said:

“A person is not a Muslim until he believes in Qadar, its good and its evil effects – until he knows that whatever happened to him would have never missed him, and what did not happen to him would never have occurred.” (At-Tirmidhi)

The belief in Qadar means to believe in four things:

1- To believe that Allah always knew everything the creation would do, and there was never a time in which He did not know.

2- To believe that Allah wrote all of this in the ‘Preserved Tablet’ (Al-Lawh Al-Mahfudh). The Prophet said:

“The first thing which Allah created was the Pen, and He said to it, ‘Write.’ It responded, ‘What should I write?’ He said, ‘Write everything that will occur until the Day of Resurrection.’” (Abu Dawud)

4- The belief that there is no creation in the earth or in the heavens except that Allah created it. There is no Creator, Lord or Sovereign other than Him.

This belief is not in opposition to the fact that one must do everything in his means to achieve things. For example, if someone wants children, he must fulfill those means which allow him to achieve this goal, such as marriage. But after fulfilling these means, he may be granted the results he hoped for –which are children – or he may not, all according to the Will of Allah.

The reason for this is that the means are not the true causes of things, but rather the true cause is the Will of Allah. These means that we strive to fulfill are also from the Qadar of Allah, and for this reason, the Prophet explained to the Companions when they asked him:

“‘O Messenger of Allah, do the verses and supplications we recite, the medicine we take to cure ourselves, and the various shields we use to ward harm change the Qadar of Allah?’ (He replied,) ‘They are from the Qadar of Allah.’” (At-ta`liqat Ar-Radiyah)

Fruits of Belief in Qadaa´ & Qadar

Through the belief in Qadaa´ and Qadar, one benefits in the following ways:

1- It strengthens his dependence upon Allah (in achieving results) after fulfilling its means.

2- One becomes pleased with whatever results, which in turn produces peace of heart and spiritual satisfaction. There is no room left for stress, worry, or sadness felt due to the outcomes of affairs. Allah says:

No calamity befalls on the earth or in yourselves but is inscribed in the Book of Decrees, before We bring it into existence. Verily, that is easy for Allah. In order that you may not be sad over matters that you fail to get, nor rejoice because of that which has been given to you. And Allah likes not prideful boasters. (Al-Hadid 54:22-23)

3- It eases the effects of calamities faced by humans. The Prophet (peace be upon him) said:

“The strong believer is better and more beloved to Allah than a weak believer, and in each one there is good. Be keen to do what benefits you and seek help in Allah, and do not be neglectful in doing so. And if any mishap befalls you, do not say, ‘If only I had only done such and such,’ but rather say, ‘This is the Qadar of Allah, and whatever He Wills He does,’ for indeed (the saying of) ‘if’ opens the door for Satan’s works.” (Muslim)

4- It increases one’s reward and wipes away sins. The Prophet (peace be upon him) said:

“No Muslim is fatigued, is stricken with illness, feels stress, worry, sadness, or harm, not even a thorn which pricks him, except that Allah forgives sins through it.” (Al-Bukhari)

Belief in Qadar is not, as some mistakenly think, a call to put one trust in Allah without striving or fulfilling the means, for as the Messenger of Allah (peace be upon him ) himself replied to a person who asked him:

The article is an excerpt from the author’s book “How to Become a Muslim”.