The Arabic word iman, which we have rendered in English as faith, literally means ‘to know’, ‘to believe’ and ‘to be convinced beyond the least shadow of doubt’. 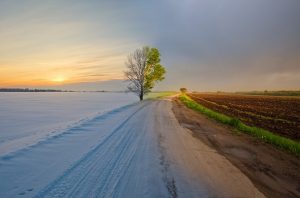 Faith invariably leads man to a life of obedience and submission to the Will of God.

Faith, thus, is firm belief arising out of knowledge and conviction. And the man who knows and reposes unshakable belief in the Unity of God, in His Attributes, in His Law and the Revealed Guidance, and in the Divine Code of Reward and Punishment is called mu’min (faithful).

This faith invariably leads man to a life of obedience and submission to the Will of God. And one who lives this life of submission is known as Muslim.

It is therefore clear that without faith (iman) no man can be a true Muslim. It is the indispensable essential; rather, the very starting point, without which no beginning can be made.

The relation of Islam to iman is the same as of a tree to its seed. As a tree cannot sprout forth without its seed, in the same way it is not possible for a man who has no belief to start with, to become a ‘Muslim’.

On the other hand, just as it can happen that, in spite of sowing the seed, the tree may, for many reasons, not grow, or if it does grow, its development may be impaired or retarded, in the same way, a man may have faith, but due to a number of weaknesses, he may not become a true and staunch Muslim.

From the viewpoint of Islam and iman, men may be classified into four categories:

1- Those who have firm faith – a faith that makes them whole-heartedly submit to God. They follow the way of God and devote themselves heart and soul to seeking His pleasure by doing all that He likes and by avoiding all that He dislikes. In their devotion they are even more fervent than is the common man in pursuit of wealth and glory. Such men are true Muslims.

2- Those who do have faith, who believe in God, His Law and the Day of Judgment, but whose faith is not deep and strong enough to make them totally submit to God. They are far below the rank of true Muslims, deserve Punishment for their defaults and misdeeds, but are still Muslims. They are wrongdoers but not rebels.

They acknowledge the Sovereign and His Law and, although they are violating the Law, they have not revolted against the Sovereign. They admit His supremacy and their own guilt.

Thus they are guilty and deserve punishment, but Muslims they remain.

3- Those who do not possess faith at all. These people refuse to acknowledge the sovereignty of God and are rebels. Even if their conduct is not bad and even if they are not spreading corruption and violence, they remain rebels and their apparent good deeds are of little value. Such men are like outlaws.

Sometimes outlaws may act in accordance with the laws of the land, but this does not make them loyal and obedient citizens; in the same way the apparent good deeds of those who revolt against God cannot compensate for the gravity of the real wrongs, revolt and disobedience.

4- Those who neither possess faith nor do good deeds. They spread disorder in the world and perpetrate all kinds of violence and oppression. They are the worst of the people; for they are both rebels and wrongdoers and criminals.

The above classification of mankind shows that the real success and salvation of man depends on faith (iman). The life of obedience (Islam) takes its birth from the seed of iman.

This Islam of a person may be flawless or defective. But without iman there can be no Islam.

The article is an excerpt from the book “Towards Understanding Islam” by Abul A`la Al-Mawdudi.